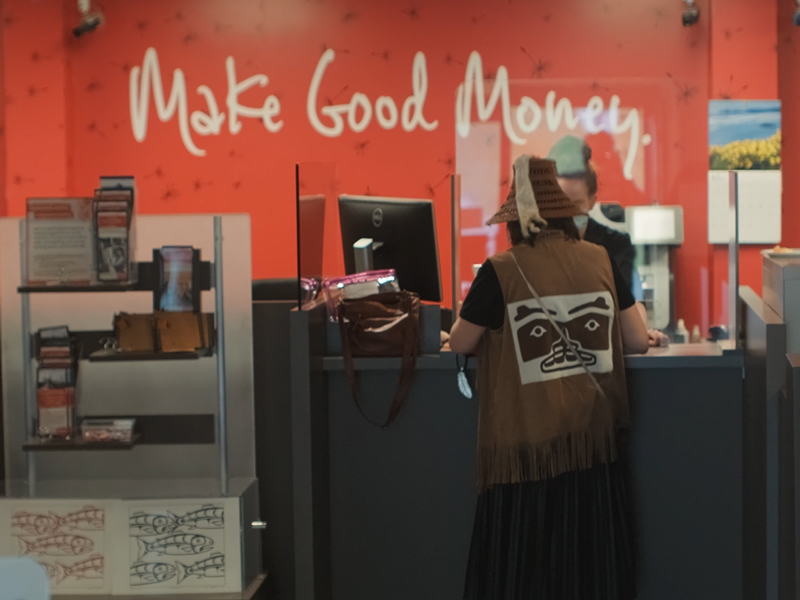 The lack of local banking is an issue in remote communities. It’s why we work closely with our members in Cormorant Island to understand and support their unique financial needs.

Vancity believes everyone should have access to fair financial services. Beyond providing banking services, financial institutions must put people first to solve real-life problems and build a sustainable local economy.

Cormorant Island is a small, remote island in British Columbia renowned for its deep history of Indigenous arts and culture. The ‘Namgis people have occupied its land and waters for thousands of years. The ‘Namgis First Nation has the largest population, followed by the Village of Alert Bay.

It takes a full day’s journey from Cormorant Island to anywhere else in the province. Because of its location, the community is underserved by many essential services.

The population of Cormorant Island has a culture of resilience and self-reliance. The island has a total land area of about 4 square kilometres. Despite its small footprint there are over 60 businesses that serve the community, so it’s critical to keep a strong local economy.

The Vancity Cormorant Island Community Branch is a three-way partnership with both the ‘Namgis First Nation and the Village of Alert Bay to build a sustainable local economy by keeping money in the community and providing financial literacy to its members.

Vancity’s work with Indigenous communities is centered on building relationships, not just transactional banking services. This means that our partnership with the ‘Namgis First Nation is built on respect, listening, and tailoring solutions for their needs. They told us that building trust within the community means members want to visit their community branch and speak to staff who understand them.

The previous credit union left in short notice, so the community was left without a financial institution for nearly a year. We needed to build trust and assure members that Vancity will not leave them in a lurch.

Knowing that the branch employees are critical to the branch’s adoption and success, the Cormorant Island Community Branch is staffed entirely by locals that were trained to become tellers; many are Indigenous. It’s their understanding of community considerations and cultural nuances that helped Vancity build credibility with its members. 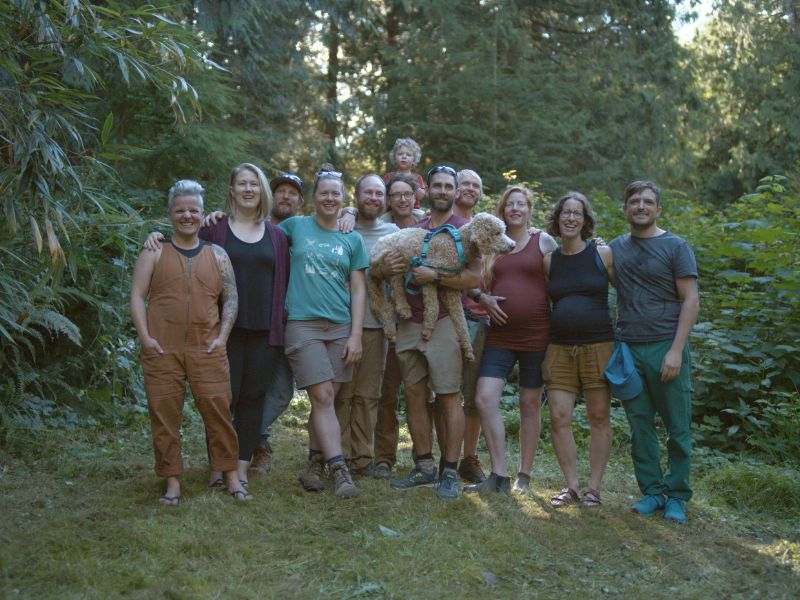 Helping 10 friends achieve their dream of owning property together. 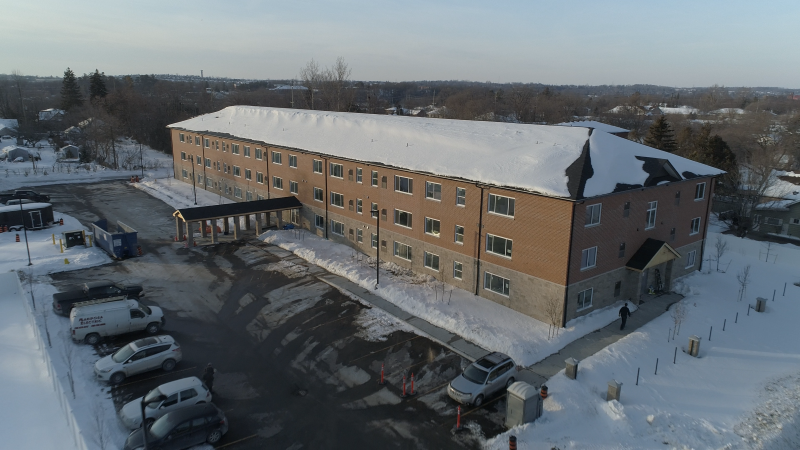 Creating a pathway to affordable home ownership in Peterborough. 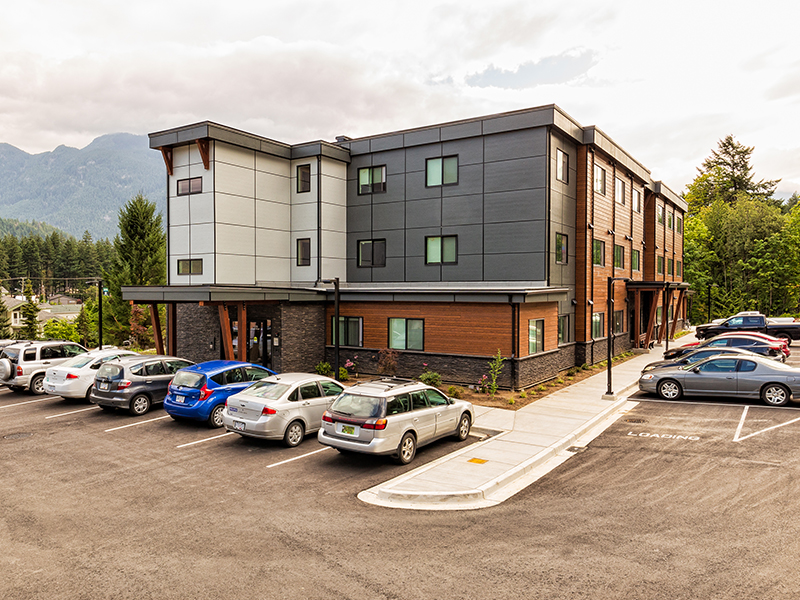 The Ryder: 40 units of affordable rental housing in Hope. 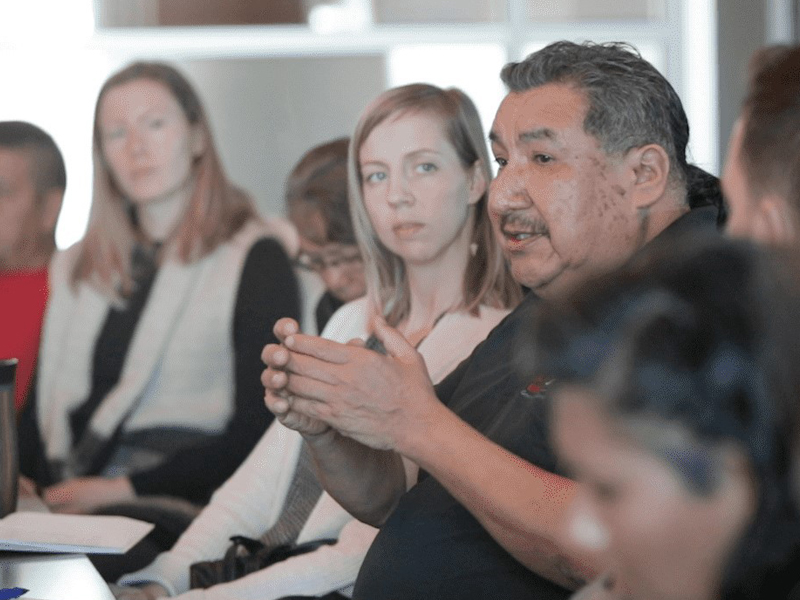 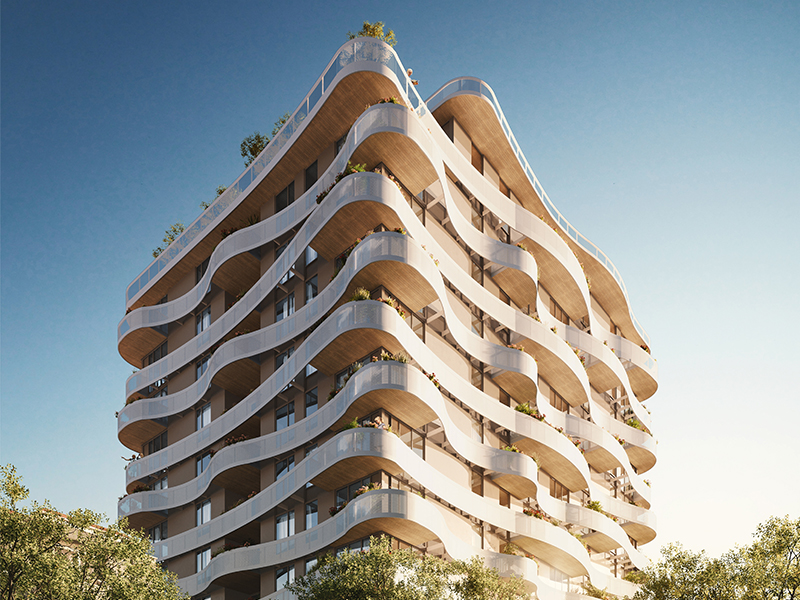 Join Vancity
Sign up for Vancity’s Rethink Impact Newsletter.
Thank you for confirming your email –welcome to our Rethink Impact Newsletter.
Vancity is proof that financial institutions can do things differently to help people. See examples and stories on how we are a financial force for change on rethink.vancity.com
Oops! Something went wrong while submitting the form.

What do you think of our new site? Give feedback »